Posted by Kurtchellen at 2:54 AM No comments:

Posted by Kurtchellen at 2:16 AM No comments:

THE SHEKINAH GLORY OF GOD (HEAVENLY WORSHIP ON EARTH)

This week I felt led to share about experiencing the Glory of God in worship? If you are passionate about the Presence of God, you will never be satisfied until you see the Glory of God.
What is the Glory of God? It is visible and tangible manifestation of God's Presence. In Biblical Hebrew the word is called Shekinah and is derived from the Hebrew verb שכן. The word means literally to settle, inhabit, or dwell, and is used frequently in the Hebrew Bible. (See Exodus 40:35, "Moses could not enter the Tent of Meeting, for the cloud rested [shakhan] upon it, and the glory of the Lord filled the Tabernacle." See also Genesis 9:27, 14:13, Psalms 37:3, Jeremiah 33:16).
The Bible has many examples:
In the Old Testament - Moses saw the burning bush. The visible manifestation of God’s presence was seen not only by the Israelites but also by the Egyptians when God showed His power and glory in the ten plagues and when the Israelites crossed the Red Sea.
Examples in the New Testament - Peter, James, John, Stephen, and Paul saw Him in His Glory. Three of those in The Transfiguration of Jesus; Stephen at his martyrdom; and Paul, we don't know when, but he said in his story "there was a man taken up to paradise," and heard unspeakable things.
Bob Sorge in his book "GLORY - When Heaven Invades Earth" (a must read) defines the word GLORY as a noun :
(1) Glory - Honour, reputation, dignity, praise
(2) Glory - Endowment of blessing, power and life
(3) Glory - The heavenly dimension where the magnitude of God's personhood irradiates throughout the heavenlies
(4) Glory - The invasion of God's reality into the human sphere
The highest goal of worship deals with point (4) and Bob Sorge defines "GLORY" as used in the Bible to describe the action of God whereby He takes of His Glory which is eternally existent in heaven, pushes through the veil that separates natural and spiritual realities, and reveals within the parameteters of our time and space the spendor of His magnificient beauty and splendor.
There is coming a time when the Glory of the heavenlies is going to invade our natural plane, and mankind is going to be abruptly awakened to the might and power of God's Presence. It is to this revelation of Glory which the following verses point:
- For the earth will be filled with the knowledge of the glory of the Lord,as the waters cover the sea ( Habakkuk 2:14)
- "And I will shake all nations, and they shall come to the Desire of All Nations, and I will fill this temple with glory," says the Lord of hosts (Haggai 2:7)
- The glory of the Lord shall be revealed, and all flesh shall see it together; for the mouth of the Lord has spoken (Isaiah 40:5)
In my personal experience, I had encountered glimpse of His Shekinah Glory - once in the worship seminar and another earlier time as a young Christian in a prayer meeting when His Glory fell. Both times there were visions (just a few seconds) of bright light ..... at that time I did not know the meaning of these two experiences but they were such awesome times and encounters when/where you just do not want to leave the place. Time just stood still in His glorious presence!
A few years ago, the church I attended when through a refreshing period of what we called "Revival" and very often we experienced such a glorious presence of God in our worship services. Sometimes the worship service would last more than 3 hours and everybody were immersed in His Presence. Often we experienced both heavenly and physical manifestations. Some people have actually smelled heavenly aroma during worship services. Others have seen vision of angels or heard angels singing. When you have a spiritual experience that is actually perceived at the sensory/physical level, then you are touching the Glory realm.
If you are a worshiper or worship leader, how do you touch or lead people respectively into the Glory realm? next post is coming..
Blessings And Stay Blessed
Kurt Chellen
Posted by Kurtchellen at 2:13 AM No comments: 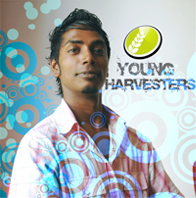 Kurtchellen
Mauritius Island, Curepipe, Mauritius
I'm An Ambassador Of Jesus Christ On The Earth, Isaiah 61:1 The Spirit of the Almighty LORD GOD is upon me, Because the LORD GOD has anointed me To bring good news to the afflicted; He has sent me to bind up the brokenhearted, To proclaim liberty to captives And freedom to prisoners..

The ARK OF COVENANT 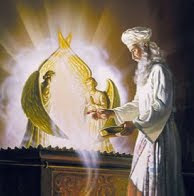